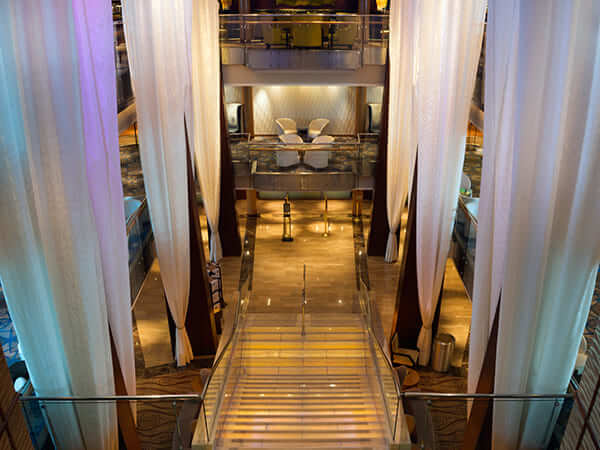 Smoke curtains reduce the make-up air requirements and channel and reservoir the smoke, so that extractors can remove the smoke load more efficiently. As such there are substantial reductions in extraction system size and complexity. Smoke extractors used in conjunction with smoke curtains is the preferred solution to comply with NFPA92B. Rooftop units may be configured to run in reverse mode, in which case the curtains deploy to channel the smoke vertically and direct smoke to the atrium for evacuation. Bulky extractors typically are not necessary due to the fact that curtain technology reduces the need for large volumes of make-up air.

Upon signal from the fire alarm system, the smoke extraction commences causing a directional positive airflow towards the extraction points at the top of the atrium. Smoke curtains then deploy on different levels depending on the source of the fire, i.e. based on which floor smoke detector was triggered. In this scenario, the floor that detected the fire will not deploy curtains. On all other floors the curtains deploy, thus not allowing for smoke to travel horizontally into the protected zones. The smoke from the floor containing the fire source flows towards the top of the atrium, effectively creating a chimney effect.