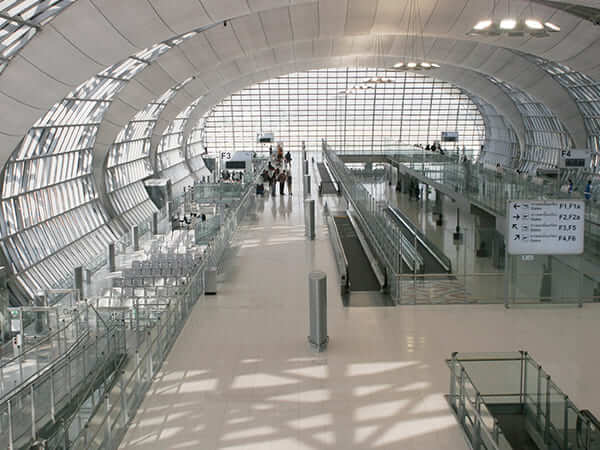 Smoke & Fire Curtain Applications in Airports are a Necessity

The FAA considers airport fires significant enough that they require special fire brigades to be deployed at airports of a certain size and flight frequency.

In large open areas smoke curtains and a smoke extraction system are optimized when used in conjunction with the smoke curtains. This combination of curtain technology enables three significant safety features:

Concourses are also often served by escalators and trams. Deploying curtains along escalators and tram routes provides a safe path for egress, as well as ingress for emergency personnel. Further, in the event that the main power or back-up generator fails, the smoke curtain will operate independently and deploy as directed by the alarm system. Should the alarm panel be compromised, the fail-safe design will still deploy the curtains. Deployable Draft Curtains can also be utilized in lieu of the 18" glass. This allows for cleaner site lines and an invisible solution.