Installations
Our volume allows for the most competitive pricing with a team of architects, scientists, construction managers and installers that are focused only on curtain design.
Request Information 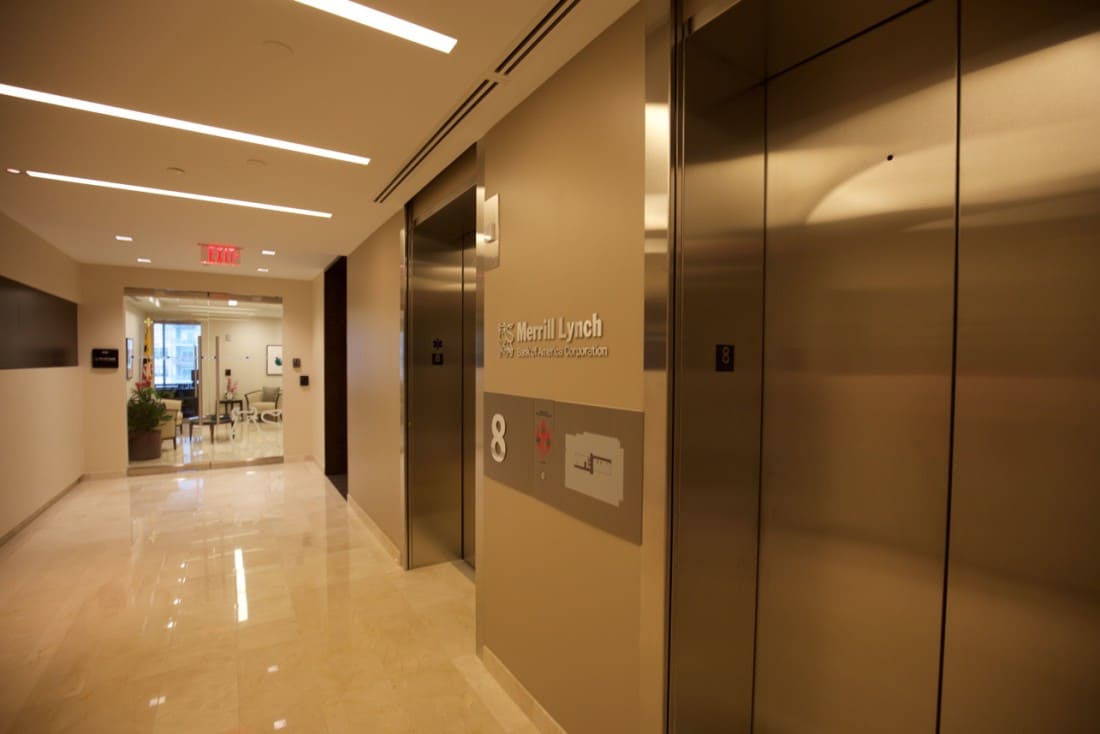 New Construction Project with elevator hoistways for an office building serving more than three floors.  The architects have three choices to consider for hoistway smoke & fire containment for a three floor or more sprinkler building.

The danger. Very simply, the MGM Grand Fire of the 1980’s shed light on the rampant movement of hot gases from a fire moving to an elevator shaft and pushing out through normal gaps at the elevator cab for passage and filling the exit corridors. The fire moved one hundred yards in only twenty seconds. The 85 lives lost that day never saw the fire from the casino level deli. It was on the floors above that people died from smoke inhalation. Many codes changed due to that incident. All vertical shafts would require smoke-proof enclosures.

Choice 2- Use a hoistway pressurization system on generator backup.
This is expensive, and not fail-safe as it relies on mechanical equipment tested four times per annum and increases life cycle cost.

Choice 3- Utilize gravity-fail safe smoke & fire curtain technology at the hoistway interface to not allow any seepage of smoke into the hoistway from a fire and move up the hoistway upwards to create a smoke-stack effect. This is less expensive than a pressurization system. A concealed solution with no increase in life cycle cost as testing is once per annum with the fire alarm system. The system is hidden in a two-inch shadow gap above the ceiling and the rails match the elevator at the clear opening or recessed into the wall cavity.

View Photos of this installation below: